A downloadable game for Windows

On the fourth floor of an apartment complex in Vienna, five people lead their lonely lives.

Behind door #3 lives the Unnamed, a 25-year-old shut-in:
A smoker, interested in bikes, books and music, in the grip of heavy anxiety and poverty.

By complete chance, the Unnamed would lock themself out of their apartment one fateful night, and be placed in your hands.

The night of the 14th of October 2017 was no ordinary night-
A heavy beating of strange wings filled the air with the scent of smoke, and covered the stars in an ink-like rot.

It is your mission to ensure the Unnamed's safety as the shadows close around them. Make certain they survive; choose their path carefully.

An Outcry is a narrative, text-heavy horror RPG made in RPG Maker 2003.

In order to download this game you must purchase it at or above the minimum price of $9.99 USD. You will get access to the following files:

Game's pretty heavy and combat's tough, but defo recommend experiencing it at least once.

Learning about these characters and their lives was a treat, and the soundtrack was fantastic.

One of the best RPG Maker 2003 games ever made!

To the development team, and especially to the creative director(s), for whom I suspect this project was deeply personal, as most art is:

Thank you for making this game. Its existence makes the world a better place.

I could and perhaps should say many more positive things about it, but I will not presuppose that my opinions matter to you. Instead, I'd just like to point out one element of the game that has given me much food for thought.

Exactly one character in the game has voice lines, and only for one particular scene. I must assume this was an intentional choice.

I am a fan of the novel Heart of Darkness. Although many scholars have documented the unsavory tastes of racism and imperialism that mar the prose, I still think it has insightful things to say about the dark side of human ambition, and so I still believe that it has value.

In Heart of Darkness, there is much emphasis placed on Kurtz's skills as an orator. The character's greatest ability is to make morally questionable motives seem upright by use of rhetoric and lofty speech, thereby deluding himself and others. In fact, when Kurtz is finally found, he is a weak and sick shell of a man. In a sense, his voice—his ability to ennoble any action through oration—is all he ever was.

As the character Marlow says, "A voice! a voice! It rang deep to the very last. It survived his strength to hide in the magnificent folds of eloquence the barren darkness of his heart."

I can't help but wonder if the creative team was familiar with the novel and decided to link this motif, however subtly, to the insidious faux-elegance of inflammatory political oration, debate, and televised commentary.

I followed an outcry.

This was a great game - I look forward to playing the other route.

The sound design is on point. I feel disturbed. But it’s a horror game. I feel like I am always fighting something bigger than I can fight.

FINALLY got around to playing this tonight, so glad I did.  I've got a short written review up here https://ggapp.io/crimson2877/reviews/an-outcry/9AOcZYQj
but the tldr is I love this game!!!

Really showing what talent the Haunted PS1 Community has, what a pleasure to play. Thank you for the hard work, an indie horror masterpiece

This game was even better than I was hoping it would be since I saw the demo and got excited for it. There were some parts that surprised me despite the fact that I feel like I've seen every weird little RPG trick at this point. Extremely cool use of RM3. Go into this with an open mind and aware of the heavy subjects and you will have a good time.

I've put in a lot of thought on what sort of comment to leave for other people looking to get into this game, and to the devs. The best way I can think of to do so is to mention a review off a random site, which sung this game's praises, while saying that the scope of the game is limited. Sure, the game only takes place in an apartment building. But this is a game that paints foreshadowing into every moment, every line, everything means something. It's so well planned that I think widening the "scope" of this game would have taken away from that, and from the themes of the game.

So then I was trying to think about what I disliked about this game, if anything. I enjoy being critical of things even I adore, it's part of me enjoying something fully. I, however, as much as I try, cannot come up with any real faults. While playing the game I did worry that the game's overarching themes would be lost on the main audience, a sort of "preaching to the choir" syndrome, but I'm happy to say that the game did a great job at side stepping that as well, and delivering a message that I myself needed to really hear, even if I didn't think I needed it at first.

The artwork and assets work together seamlessly, the writing is intentional and impactful, the music is haunting and relentless, and everything works together to sink you into this world.

My only real suggestion for those who aren't sure if this game is for them is to take the trigger warnings seriously. I had to put this game down and take breaks for my own mental health, make sure to put yourself first before any game.

hey, I loved your game

thank you for this experience (^:

this is a wonderful game made with such passion & care that it left me stunned multiple times. the fact that it's made in RPG maker 2003 leaves me in awe all on its own, let alone the beautiful pixel art & splash screens, the stellar writing, and the atmospheric music. this is the first game in a While that i've felt compelled to play to completion, and each ending feels very deserved. i truly think An Outcry stands alongside its RPG maker predecessors with honors, and i hope (demand!!) that it gets the recognition it deserves.

Incredible work. First got a taste in the PS1 demo disc, and have been waiting patiently since! This was incredibly compelling stuff, painful and rewarding.

Just finished my first playthrough and it was everything I hoped and more. Definitely still digesting a lot of things narratively, and am garbage at writing meaningful reflections on such matters, but the storytelling was excellent and I can't wait to see what other endings have in store (especially since I feel like my playthrough was catastrophic and full of bad choices [or, non choices, if that makes sense]).

Also, on a technical level, y'all managed to do stuff I didn't even know was possible with RM2K3, which is always exciting to see. (Would love to learn more about any of the tricks up yer sleeves, but this probably isn't the medium for that .:P)

Fantastic work all around!

This video serves as a more in-depth review but I really recommend you to play it by yourself.

I came into the game with very high expectations and still they got blown away. An Outcry went very fast from "this cool demo I liked" to this very impressive thoughtful experience. It's hard to summarize in only a few sentences how much this game means to me. It's character design, world design, music and themes just resonated hard with me. And I feel like it will resonate with many others.

I'm so ready for this.

So nice I bought it twice. But seriously, I will review once I'm finished, but I'm excited to play soon!!! 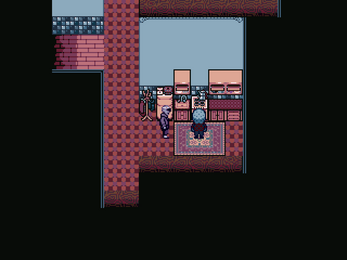 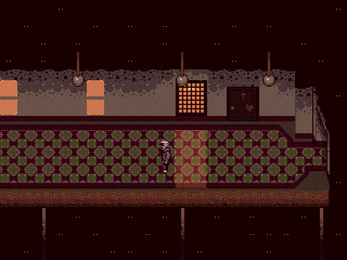 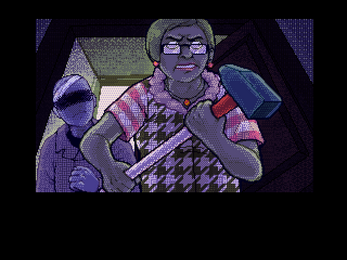 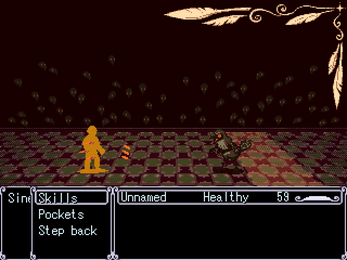